All weekend, I told Craig I had a surprise for Ryan and him. I told him he wouldn't know when it was coming, but that he'd really enjoy it.

Saturday morning, a friend dropped off some grapefruits that we ordered to support Rotary. Craig thought that was his surprise because he loves grapefruit :) "Nope, it'll come though!"

We went ALL weekend without the big reveal. Then tonight, after we had dinner and skyped with the in-laws, Craig reminded me that I had a surprise for him and I must have forgotten about it. I acted all disappointed and put out that I had "forgotten." I apologized and said I was too tired and that I promised he'd get it tomorrow.

Then we headed up to put Ryan to bed for the evening.

After he changed into his PJs, Ryan found one of these handmade tickets on his pillow: 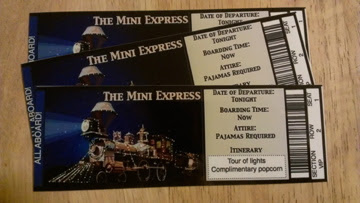 Turns out I had little surprise up my sleeve. It involved driving, Christmas lights, popcorn and M&Ms.

Ryan thought he was going to bed, but we were really going to drive through the City park of lights! 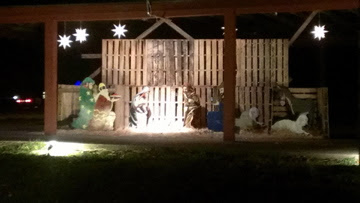 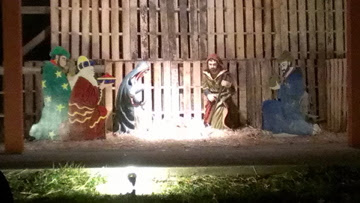 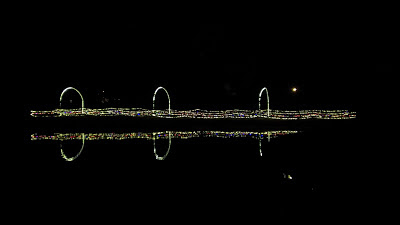 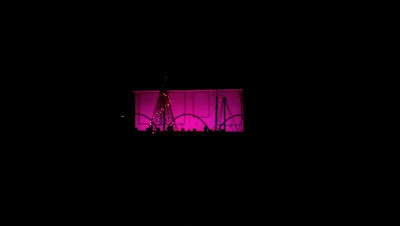 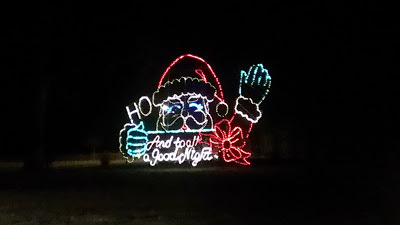 We drove to a local park which had a very nice (albeit small) display. The best part was the dancing lights that were timed to the music playing over the radio. For a small display, they did a wonderful job!

We had a great time and enjoyed supporting this community effort. Ryan really liked the lights, but I think he also liked the M&Ms and the fact that he stayed up an hour and a half past his bedtime :) You're only young once!
Posted by Jessica at 7:50 PM